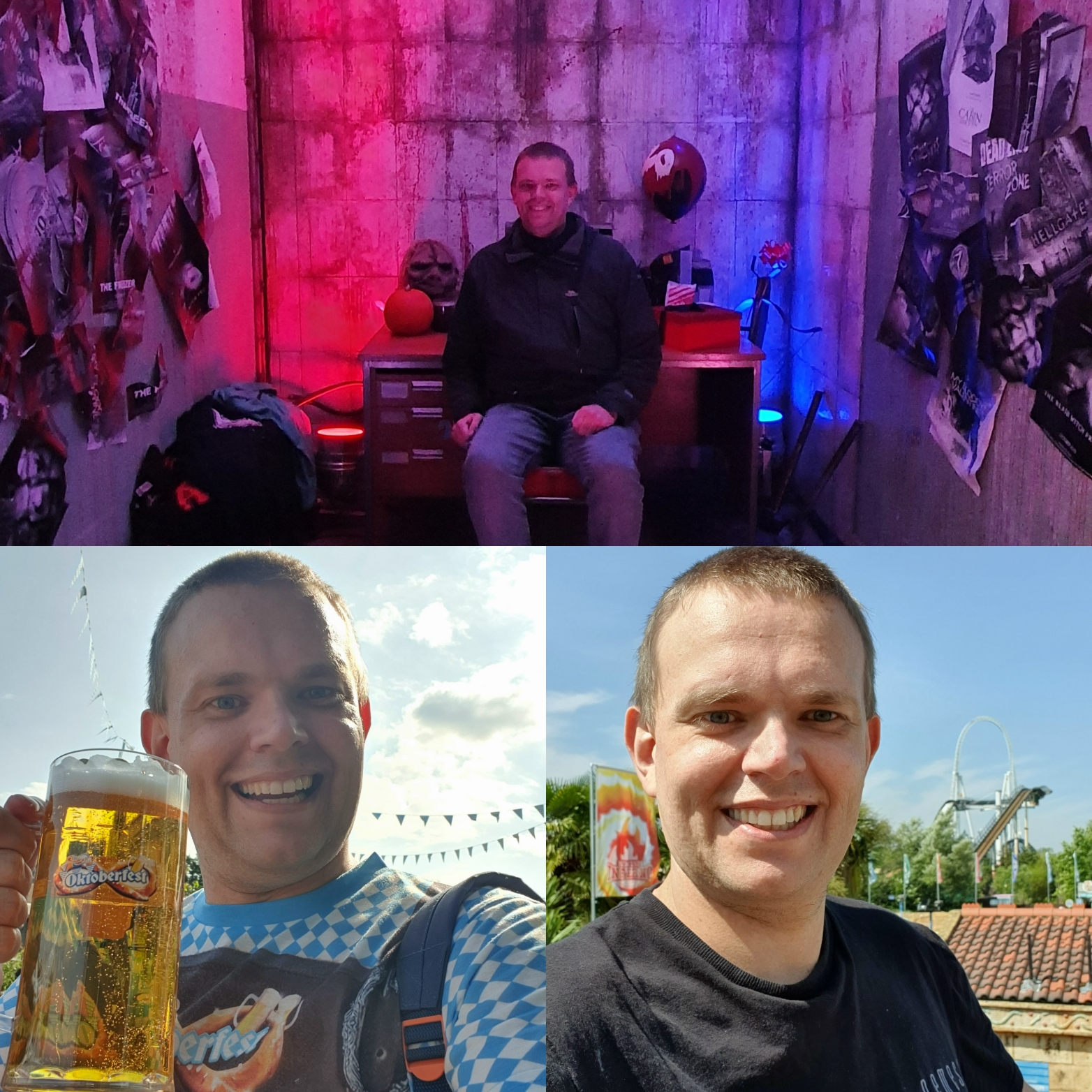 A week on and it still seems so strange that the end of season arrived for Thorpe Park and we will need to wait until the end of March 2022 for our next visit!

Of course, 2021 was what you could say a further difficult year for theme parks in the UK as we still deal with the implications of COVID, but an enjoyable time was still able to be had at Thorpe Park including some great event’s to be able to attend for everyone’s enjoyment!

Back in June we saw Park Vibes arrive at Thorpe Park running until the end of August after being extended which gave some great entertainment during the day for everyone attending! We also seen the first for Thorpe Park brining ‘themed’ flags throughout the park!

Not only that, back in 2019 we saw the launch of Oktoberfest, and this year it was back again giving us plenty more German entertainment, plenty of Spaten to drink, roaming acts as well as this year’s two stages of entertainment for us all.

Of course, a season of Thorpe Park wouldn’t be complete with the biggest event each year, Fright Nights! With its “20th” Celebration, there was plenty to see and do after 3 pm, although sadly the park closed 9 pm this year like last year whereas in the past they did stay open until 10 pm but there was still time to enjoy the scare zones, the acts, and the amazing mazes. This year we were also able to go Behind The Screams of the mazes!

As the park winds down for the year now, their winter maintenance will begin as always so many rumors have begun as to Loggers Leap getting taken apart to Old Town being removed. Nothing yet has been said by Thorpe Park and of course, we are awaiting their annual ‘end of season video’ which normally gives us a hint to what will come in the year ahead.

We will be sure to keep an eye out on anything we see so watch this space!

Time for food with style

Munchen Looping so fun managed to get a back row r

Enjoying a nice drink and some bratwurst

now we know they are starting to plan for a worldclass rollercoaster and bye bye to Old Town, when will @THORPEPARK release the end-of-season video also, what will this mean for the Buckwheat family?

XXL was more fun than Vortex